Review of 2021 climate places it among seven warmest on record 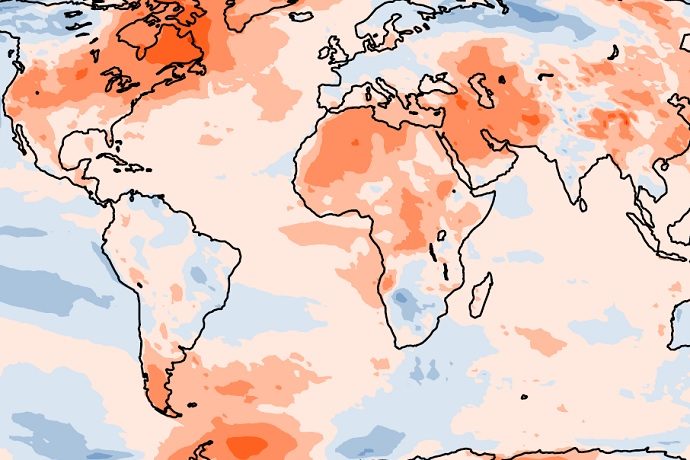 The year 2021 was among the seven warmest on record, and Europe experienced a summer of extremes, according to findings reported by the EU’s Copernicus Climate Change Service (C3S) implemented by ECMWF.

The report shows that the last seven years globally were the seven warmest on record by a clear margin. Within that time, 2021 ranks among the cooler years, alongside 2015 and 2018.

July saw a very heavy rainfall event in western central Europe, leading to severe floods in several countries, while the Mediterranean region experienced a heatwave during July and part of August.

Among the warmest years on record

The last seven years have been the warmest years on record by a clear margin, as can be seen in the chart below.

However, the 2021 European summer was the warmest on record, although it was close to the previous warmest summers in 2010 and 2018.

Anomalies in precipitation, the relative humidity of surface air, the volumetric moisture content of the top 7 cm of soil and surface air temperature for July 2021 with respect to July averages for the period 1991–2020. The darker grey shading denotes where soil moisture is not shown due to ice cover or climatologically low precipitation. Data source: ERA5. Credit: Copernicus Climate Change Service/ECMWF. From the July 2021 hydrological bulletin.

July saw a very heavy rainfall event in western central Europe in a region with soils close to saturation. This led to severe floods in several countries, with the most heavily impacted including Germany, Belgium, Luxembourg, and the Netherlands.

The Mediterranean region experienced a heatwave during July and part of August, with high temperatures particularly affecting Greece, Spain, and Italy.

The European record for maximum temperature was broken in Sicily, where 48.8°C was reported, 0.8°C above the previous high. This new record is still to be officially confirmed by the World Meteorological Organization (WMO).

More information on the climate in 2021, including on large temperature anomalies in North America and the development of global carbon dioxide and methane concentrations, can be found in a press release published by C3S.